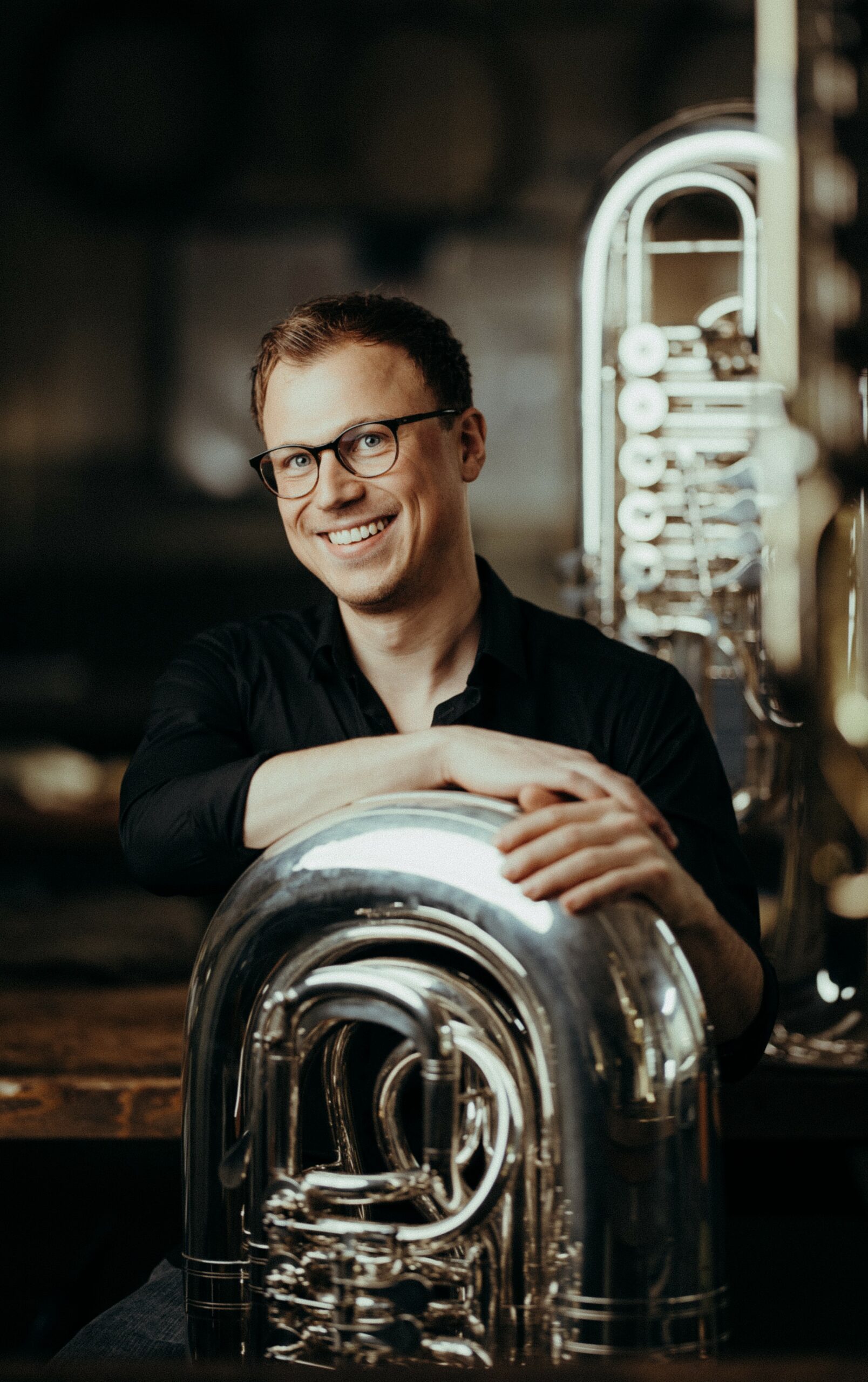 Born in 1988, Steffen Schmid enrolled in the University of Music Saar with Ralf Rudolph in 2007 and later studied under Stefan Heimann and Stefan Ambrosius at the State University of Music and the Performing Arts Stuttgart, where he completed a bachelor’s degree with honors in 2013. Further studies with Andreas Hofmeir at the Mozarteum Salzburg rounded out his conservatory training.

After completing a one-year internship with the orchestra of the Stuttgart Opera, Steffen Schmid is the tubist of the Bavarian State Orchestra since the 2011/12 season. As a substitute he has also worked with such well-known orchestras as the Deutsche Staatsphilharmonie Rheinland-Pfalz, the Münchner Philharmoniker, the Bamberger Symphoniker, the Bavarian Radio Symphony Orchestra and Frankfurt’s Radio Symphony Orchestra. In 2017 and 2019 Steffen Schmid was a member of the Festival Orchestra of the Richard Wagner Festival in Bayreuth. He regularly performs with “German Brass“ and is a member of “OperaBrass“, consisting of brass players from the ranks of the Bavarian State Opera.

Steffen Schmid has been a guest soloist with the Kurpfalzphilharmonie Heidelberg, the Landesjugendblasorchester Rheinland-Pfalz, the Erzgebirgische Philharmonie Aue and with ATTACCA – the youth orchestra of the Bavarian State Orchestra.

He was awarded a scholarship at the German Music Competition in 2016.

Steffen Schmid has served as an instructor at the Orchesterzentrum NRW as well as the Lieksa Brass Week in Finland. After working as a visiting instructor of tuba at the Leopold-Mozart- Zentrum Augsburg, he has held the same position at the State University of Music and the Performing Arts Stuttgart since 2019.