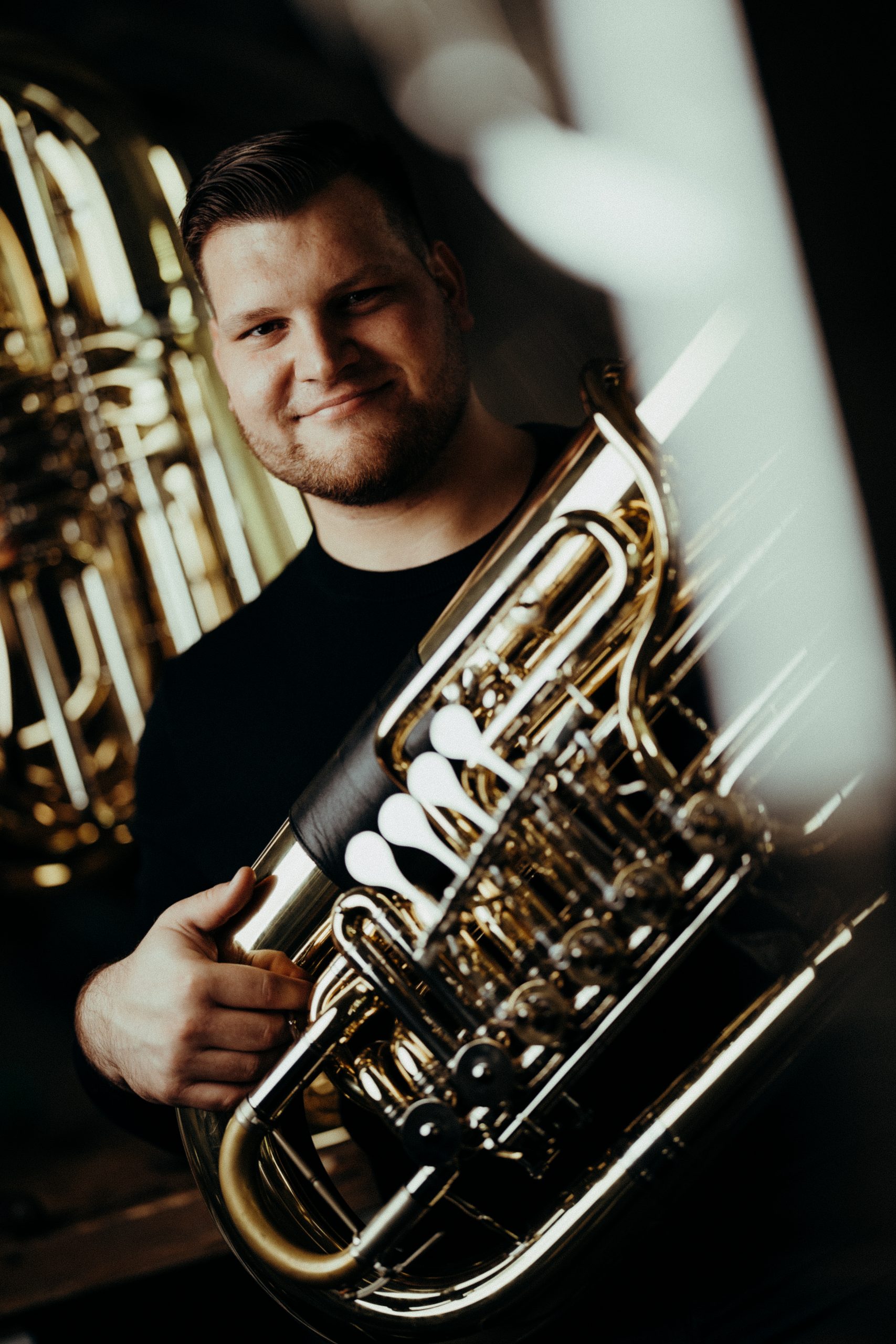 Born in 1995, Fabian Neckermann took his first lessons on the tuba as a seven-year-old. He completed a state-accredited two-year training program as an ensemble conductor at the Berufsfachschule für Musik in Bad Königshofen, with private instruction on tuba with Udo Schneider, and subsequently enrolled at the Hanover University of Music, Drama and Media
studying under Jens Bjørn-Larsen in 2013.

After joining the Junge Deutsche Philharmonie when only 19 and gaining initial experience with a large symphony orchestra, Fabian Neckermann became a member of the Gustav Mahler Jugendorchester consisting of musicians from all across Europe.

Fabian Neckermann has been a guest artist with well-known orchestras including the Philharmonisches Staatsorchester Hamburg, the Deutsche Symphonie-Orchester Berlin, the hr-Sinfonierorchester, the Staatskapelle Berlin and the Berliner Philharmoniker. He is also a frequent guest with ensembles such as Genesis Brass, the Ludwig Güttler Brass Ensemble and the Brass Ensemble of the Lucerne Festival Orchestra.

After an internship with the Staatsphilharmonie Nürnberg (2015–2017), a brief stay as an academy musician with the Bavarian State Orchestra followed, until he took up a permanent position as tubist with the Rundfunk-Sinfonieorchester Berlin.

Since the summer semester of 2021, Fabian Neckermann has also been teaching tuba at the Anton Rubinstein International Music Academy.